As promised in our previous post, we can now provide access to the recording of Jazz FM’s ‘Jazz Shapers’ radio show featuring Open Destinations CEO and Founder Kevin O’Sullivan. Kevin was invited to appear on the show – which is produced in partnership with legal giants Mishcon De Reya – to speak about his experiences as an entrepreneur and business owner.

Use the player below to listen to Kevin’s interview in full.

“I think software is a creative thing.”

“You can sit there for hours developing, designing something and then come out with something that other people can use.” 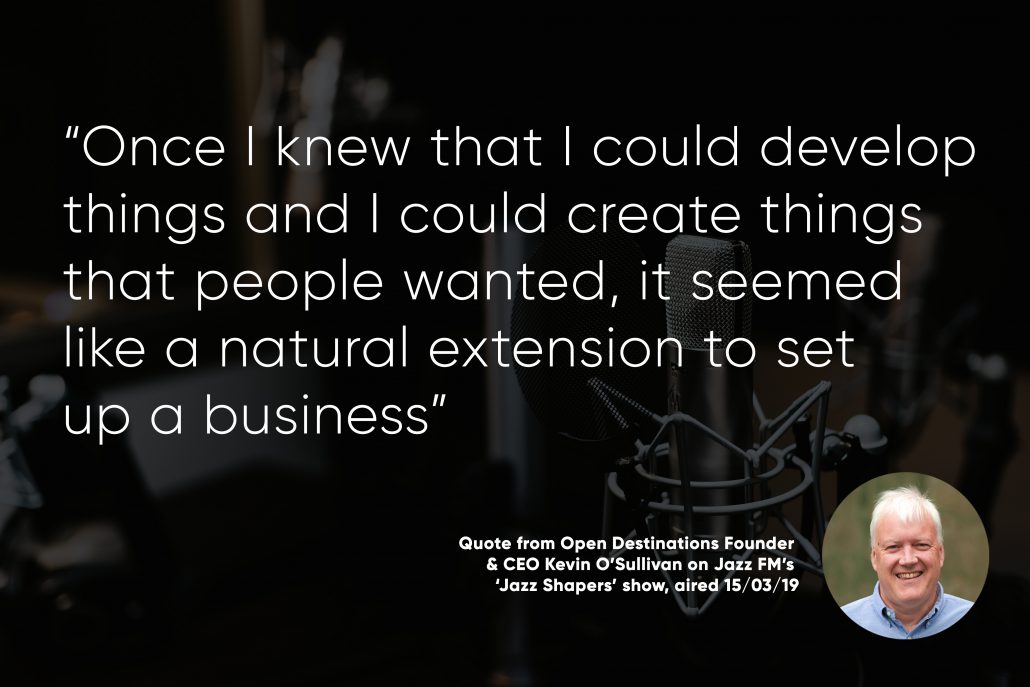 “I was confident that I could create something that people could buy.”

“You soon learn when businesses start expanding that you need to get people in place to help you.”

“Technology is a very detailed type of business.”

“Technology is all to do with understanding what the customer wants.”

“Music gives you a kind of tranquillity…it’s a bit like meditation.”

Given the chance to choose a song to close the show Kevin went for Francis Lockwood Trio’s version of ‘All Along the Watchtower‘: “It’s a famous song by Bob Dylan that was covered fantastically by Jimi Hendrix…this song is a great version of it. It kind of almost redefines the song in the same way that Hendrix did many years ago.”